Designing and Using Virtuality to Better Serve Us

Our new reality is increasingly one of virtuality. D. Fox Harrell, P.h.D., studies the relationship between computing and imagination for emerging forms of digital media, as well as their social and ethical impact. From videogames that better support diverse user groups to a personalized Universal Hip Hop Museum experience, his work falls into both the design and analysis of virtual technologies. Prof. Harrell and his research group in MIT CSAIL build analytical tools using AI identifying trends and biases and developing new design principles we can apply to our work in industry and academia.

Fox Harrell is a researcher exploring the relationship between imaginative cognition and computation. His research involves developing new forms of computational narrative, gaming, social media, and related digital media based in computer science, cognitive science, and digital media arts. The National Science Foundation has recognized Harrell with an NSF CAREER Award for his project “Computing for Advanced Identity Representation.” Harrell holds a Ph.D. in Computer Science and Cognitive Science from the University of California, San Diego. His other degrees include a Master's degree in Interactive Telecommunication from New York University, and a B.F.A. in Art, B.S. in Logic and Computation (each with highest honors), and minor in Computer Science at Carnegie Mellon University. He has worked as an interactive television producer and as a game designer. His recent book is Phantasmal Media: An Approach to Imagination, Computation, and Expression (MIT Press, 2013). 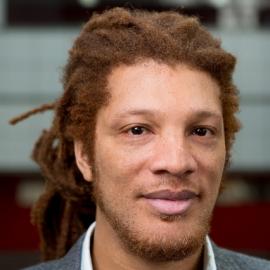