Tim Kraska is an Associate Professor of Electrical Engineering and Computer Science in MIT's Computer Science and Artificial Intelligence Laboratory. Currently, his research focuses on building systems for machine learning , and using machine learning for systems. For example, with his work on Learned Indexes, they started to explore how we can enhance or even replace core systems components using machine learning models and early results suggest, that we are able to achieve significant performance improvements over state-of-the-art techniques and sometimes are even able to change the complexity class of certain algorithms. On the other hand, with Vizdom and IDEA, they are exploring new user interfaces and infrastructure to democratize data science by enabling visual, interactive, and assisted data exploration and model building. One particular focus of their work is to not only make the model building process faster, but also safer by automatically preventing the user from common pitfalls.

Before joining MIT, he was an Assistant Professor at Brown University, spent time at Google Research, and was a PostDoc in the AMPLab at UC Berkeley after he got his PhD from ETH Zurich. I am a 2017 Alfred P. Sloan Research Fellow in computer science and received the 2017 VMware Systems Research Award, an NSF CAREER Award, an Air Force Young Investigator award, two Very Large Data Bases (VLDB) conference best-demo awards, and a best-paper award from the IEEE International Conference on Data Engineering (ICDE). 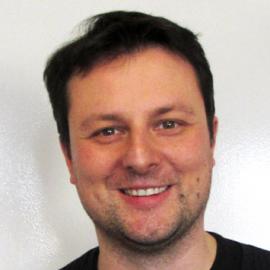