CSAIL Professor Gerald Jay Sussman discusses the importance of a breadth of research, lessons academia and industry can learn from each other, and how to be a flexible programmer. Podcast transcript can be accessed here.

Gerald Sussman received his S.B. and Ph.D. degrees in mathematics at MIT in 1968 and 1973. He has been an active member of MIT’s artificial intelligence research since 1964 and is currently the Panasonic (formerly Matsushita) professor of Electrical Engineering at MIT Computer Science and Artificial Intelligence Laboratory (CSAIL). Sussman research is centered around problem-solving strategies used by scientists and engineers with the goal of automating parts of the process and formalizing it to provide effective methods. Some of Sussman’s awards include: co-author of “Structure and Interpretation of Computer Programs”, ACM’s Karl Karlstrom Outstanding Educator Award (1990), the Amar G. Bose Award for teaching (1992) and is a life fellow of the Institute of Electrical and Electronics Engineers (IEEE). 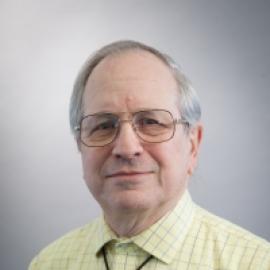