“When I first joined CSAIL as a research assistant, my faculty advisor and I sat side by side programming for the entire summer,” recalls PhD student Leilani Gilpin. Although it was daunting at first, Gilpin believes this period with Professor Gerald Sussman was extremely beneficial because she learned a lot about his thought process during this time. “It’s an experience that I don’t think a lot of people get,” she shares.

Gilpin graduated from UC San Diego with a B.S. in Computer Science with Highest Honors and a B.S. in Mathematics with Honors. She obtained her M.S. in Computational and Mathematical Engineering at Stanford University and worked on anomaly detection in health care at Palo Alto Research Center before joining CSAIL.

Now, Gilpin’s research concentrates on self-explaining systems. As a member of the Toyota Research Initiative, Leilani is involved with The Car Can Explain!, a project whose goal is to develop vehicles that, if an accident occurs, are able to recount events and explain the failures that led to the accident.

The research explores technology that utilizes both qualitative and semi-quantitative models with measured data to generate coherent accounts of vehicle actions and reasoning. “I can’t point to the different parts of my body and tell you exactly what hurts and why, but I can supplement my explanations with common sense and give myself the ability to explain to myself why certain things are happening,” she states to clarify how these systems operate.

As autonomous machines become more popular, it is becoming increasingly important to trust the decisions that they’re making. A critical way to build this trust is to ask questions. “When I’m talking to people, I feel like I can trust them because they’re answering my questions and explaining things as I expect, and I think we should require the same of machines,” says Gilpin.

One of the most valuable aspects of Gilpin’s research is seeing the different applications that take shape from her work. “My work largely revolves around cognitive models, which take a long time to build, but once I show it to people and they tell me that it’s useful, it’s really rewarding,” she states, “I really enjoy seeing the real world impact.”

This unique emphasis on meaningful work is also something Gilpin appreciates about CSAIL as a whole. “CSAIL has a rare blend of breadth and depth,” she believes, “We have some of the world’s experts in these very specific topics, but we also have a huge reach.” For Gilpin, the opportunity to engage in groundbreaking work that will truly change the world has been one of the most exciting characteristics of the CSAIL community. 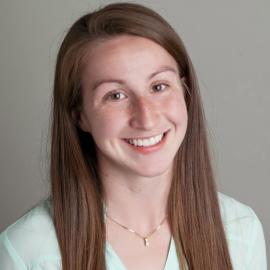