Davis Blalock is a PhD student making fast machine learning algorithms with the goal of eliminating tradeoffs between speed, accuracy, privacy, and safety in machine learning. He previously double majored in Electrical Engineering and Cognitive Science at the University of Virginia. He also became the recipient of a Barry M. Goldwater Scholarship in 2013 prior to CSAIL.

Blalock’s work at CSAIL centers on making real-world machine learning smaller and faster. This has both direct and indirect effects.

“The direct effects are savings in time, money, and energy when using machine learning,” Blalock said. “This lets you build higher-quality models and put models on power-constrained devices like phones or wearables that you otherwise couldn't.”

“Essentially, there are a lot of techniques for making models privacy-preserving, robust to malicious or novel inputs, and less likely to be discriminatory---but they often impose a lot of overhead,” he said. “If you could make everything so efficient that the overhead didn't matter, then you would make it easier for organizations to do the ‘right thing’ in all these respects.”

“John in particular is remarkable, largely because he has so much experience spanning so many areas of computer science---he has perspective on what problems matter and what solutions work that would be extremely hard to get from anywhere else,” Blalock said. “But what I think I've learned more than anything else is how to do research. It's an art that spans everything from identifying important unsolved problems to devising solutions to communicating those results in a compelling way. I'm still nowhere near mastering it, but getting to learn from John and my labmates has been an amazing experience.”

Blalock is driven by the conviction that his research will have an impact. He said on a day-to-day basis, however, it's also fun tackling hard problems and working with great people.

“And there's a certain satisfaction from pushing through the hard parts of a PhD, where nothing is working and it feels like you're failing at everything,” he said.

Following his time at CSAIL, Blalock is planning on commercializing his research as a startup.

“My dream job would be to run a successful company doing something really important, but where no one's heard of us,” Blalock said. “And ideally my daily work would involve a lot of solving hard problems and talking to people.”

You can follow Blalock on Twitter @davisblalock for sporadic updates about his work. He is also active on GitHub @dblalock. 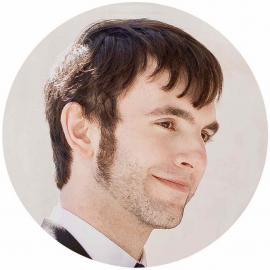